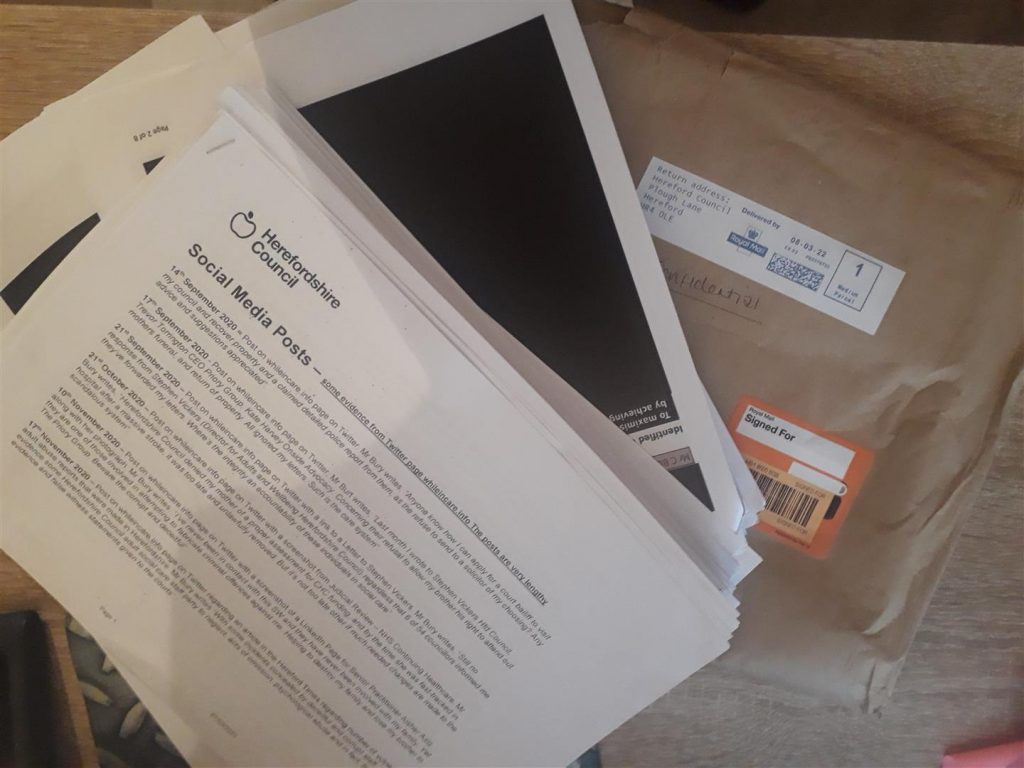 Earlier today I received some heavily redacted records from Herefordshire Council, among the records some of my social media posts and an internal Herefordshire Council email stating ‘Thanks for your email. Yes, this is already on our radar!, with an attached screenshot of my comment in the local newspaper from January 2022 taken using an Apple device, which can be seen in the below communication.
Not only surveilling my social media & website while harassing me with vexatious threats & restrictions for years but also spying on my comment on the local newspaper, the Hereford Times.
And yet, with surveillance continuing and months passing since I made a request to councillors to pursue the LAs regarding notice being served for proposed legal action against me, I’ve not received it.
Hfd internal email HT post 1_Redacted
Below are three pages, as received, of Herefordshire councils cherry-picked social media posts from my Twitter social media dating back to 2020.
hfd spy social media posts 2020