Even a court order hasn’t prevented The Priory Group & Herefordshire Council denying my brother of contact or visits home.

Birthdays, Christmas, distressingly even our mother’s funeral, all denied. Unreasonable and unjust restrictions to family and private life that have faced no consequences or legal challenge, not least by advocacy who previously assisted in concealing neglect & ill-treatment of my brother.

All while torment, punitive restrictions and threats continue to be received from Herefordshire Council. 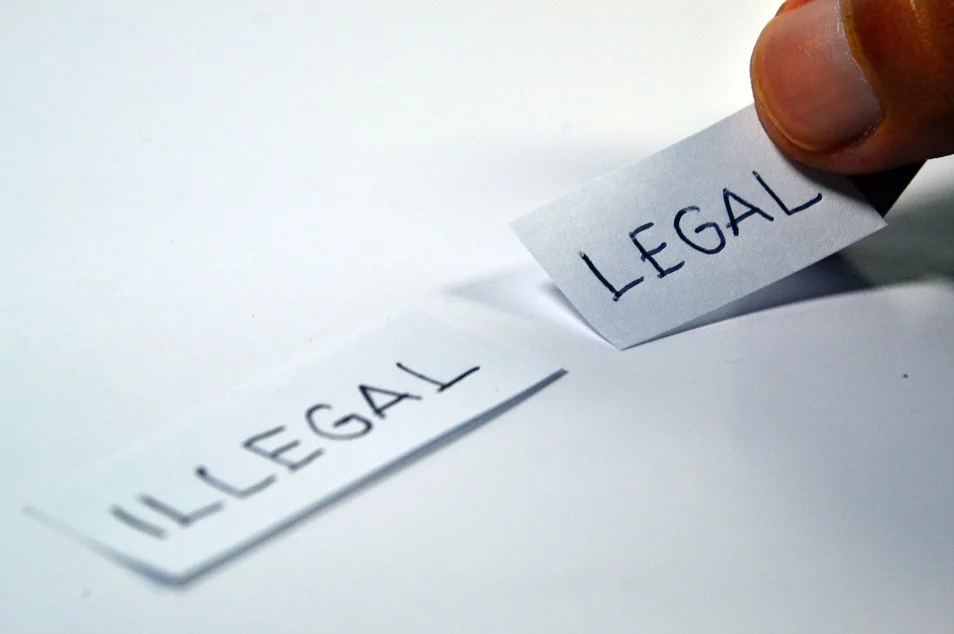 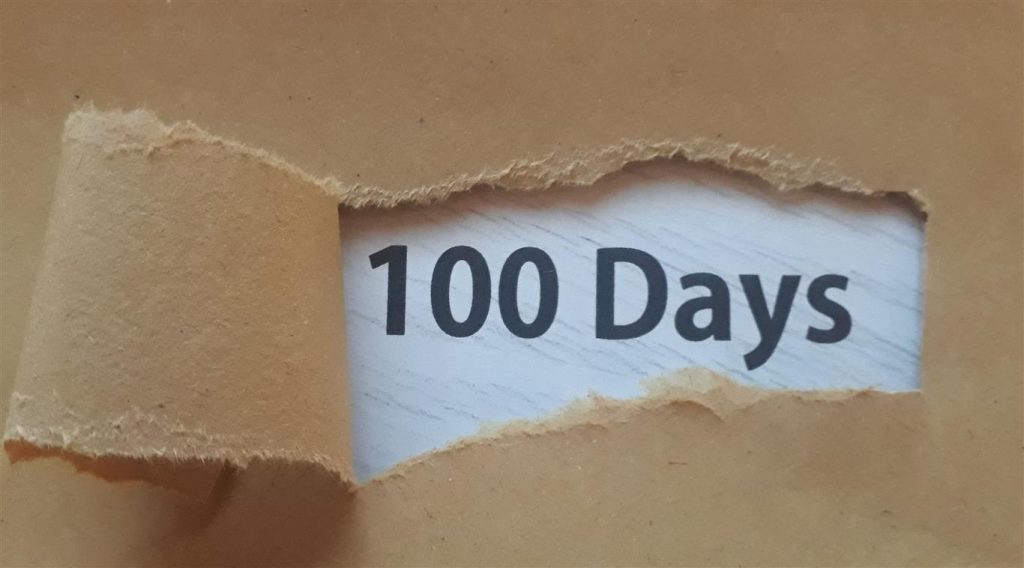 Today, 27th March 2021, is the 100th day since Herefordshire Council once again proposed legal action, and costly claim again me, sending further notice extending, for the 4th year, punitive restrictions & demanding I stop writing to my councillors.
I still have no formal legal notice of their legal action; hampering any appeal & counter-claim.

Both letters and responses can be read in the below posts.

On this day last year, 25th March 2020, at 11.05 am, my mother passed away in the local hospital.
And although she had other sons and daughters, and exemptions were in effect for end of life patients, I was the only one by her side at the end.

The orange roses I placed on my parents grave today 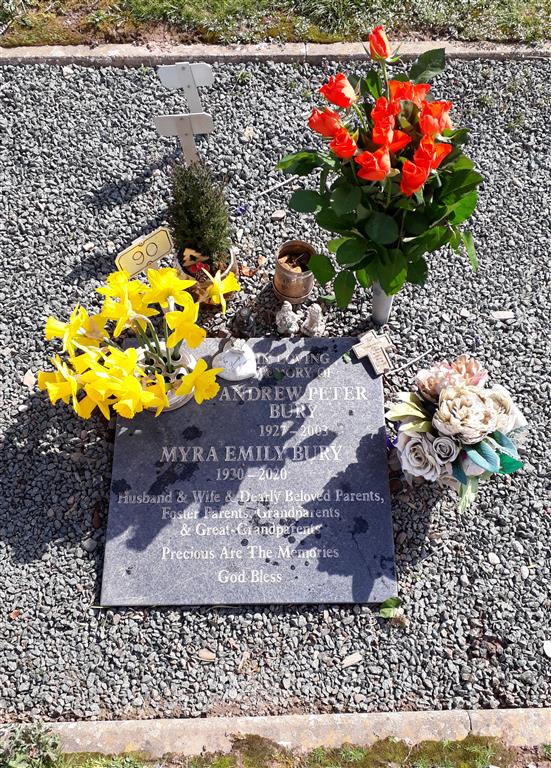 Our mother, who fostered many tens of children over the decades, was denied so much precious time & contact with my adopted brother over recent years by Herefordshire Council and The Priory Group assisted by Onside Advocacy.
Organisations I can evidence deceived, lied and concealed neglect & ill-treatment of my brother and fabricated records, including for the Court of Protection, ultimately destroying our family.

As such, I will continue to expose and publish the truth of what occurred over the years and persist in my mother’s memory to have my brother returned to the community where he lived happily for almost four decades and before forced into care.

March 18, 2021March 18, 2021 whileincare
91 days have now passed since Herefordshire council issued yet another threat of legal action against me, continuing their psychological abuse after destroying my family through their deceit.
And I have still not received formal legal notice so I can appeal or submit a counterclaim.
Their vexatious letter can be read in the link below.
Aggressive Threats And Legal Action From Herefordshire Council

With the addition, in their most recent letter (link below) demanding I stop writing to councillors to impart concerns and information, Herefordshire Councils monitoring and vetting of my communications regarding private life matters has continued for almost four years.

Below is a redacted copy of the vexatious, punitive and partially deceptive letter I received from Herefordshire Council, dated 11th February 2021.


My response to the above letter, including the demand that I stop writing to councillors, which I have posted to local councillors, can be read below.
And while Herefordshire Council, Alistair Neill & Stephen Vickers claim I have been untruthful and not accurate, a common accusation by them, My reply should be sufficient to clarify truthfulness and accuracy is lacking on their part, and not mine.
The LA having returned to follow their usual pattern of wilful ignorance, intimidation & threats, deceit, fabrication and blocking of communications.


The signed-for letters delivered to councillors. 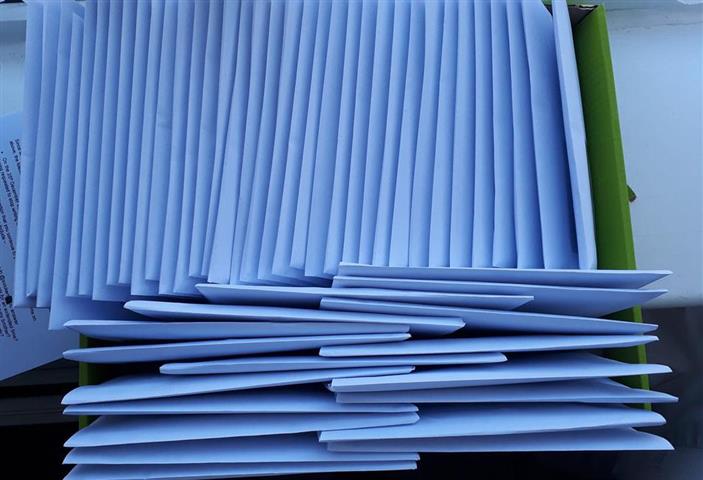 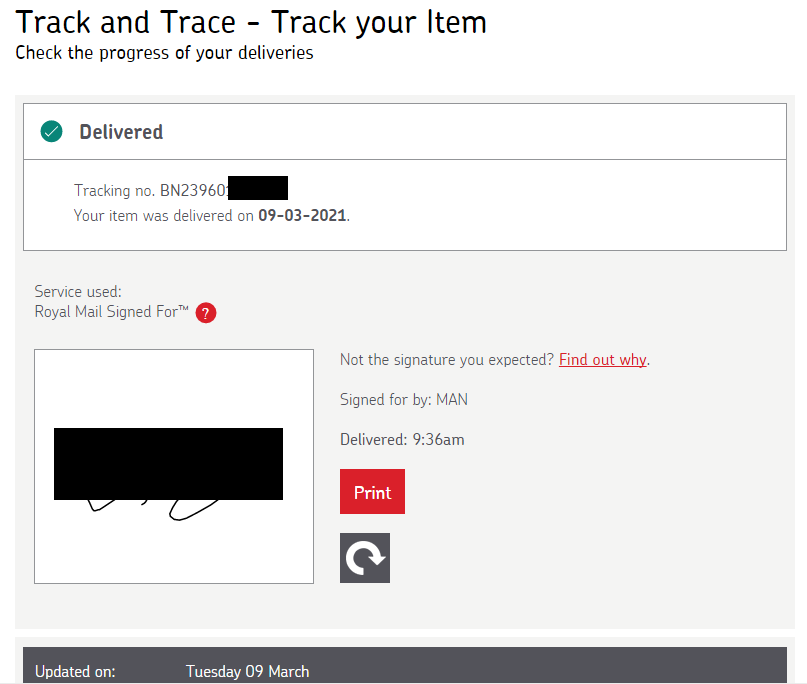 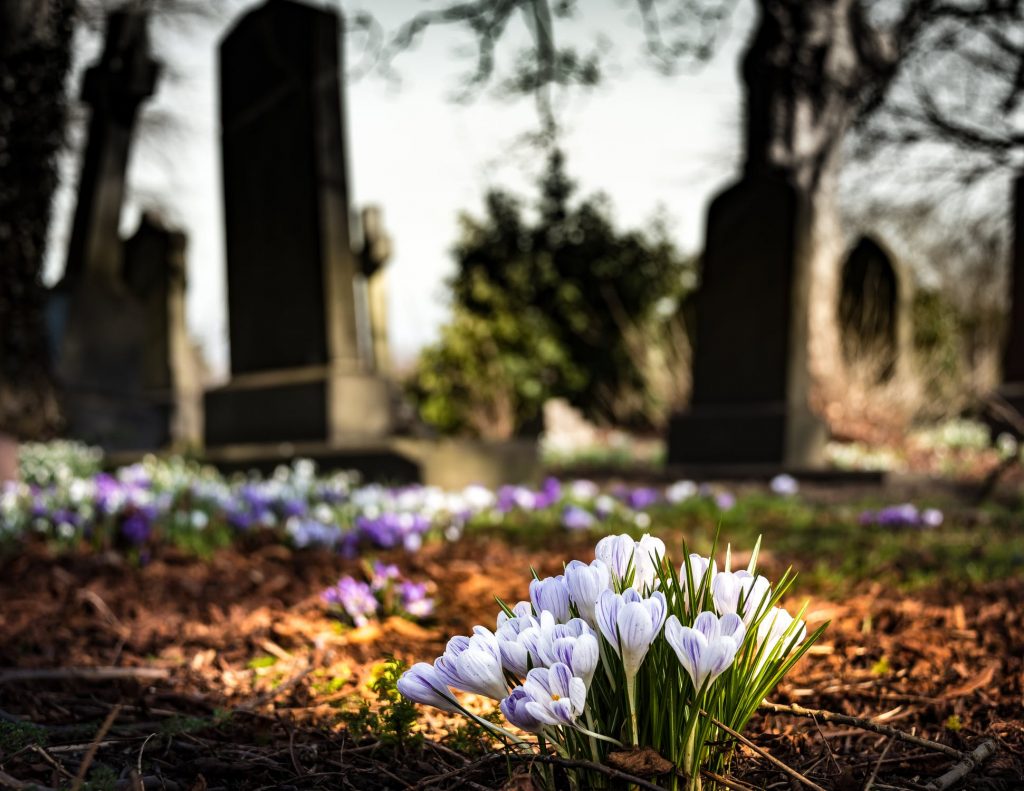 Today is also the 366th day since my brother was allowed home to visit our mother and me.

He still doesn’t know she has passed away; unlawfully denied by Herefordshire Council & Priory Group of attending the funeral service with me.
They destroying my family, ceasing all support and making erroneous and false records to conceal their wrong. 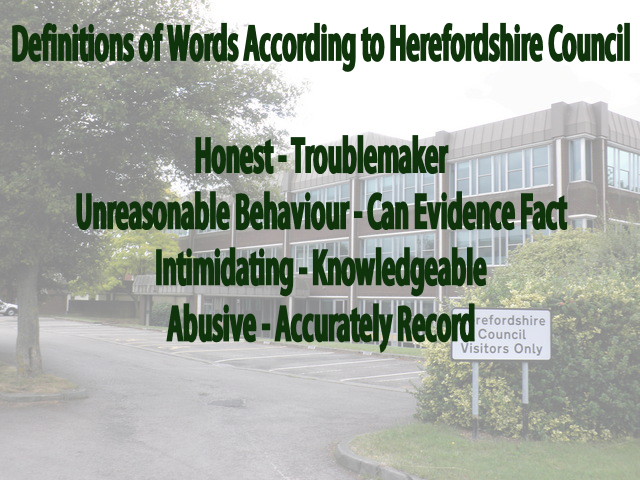 Today is 80 days since Alistair Neill/Herefordshire Council issued their letter threatening legal action and costly claim against me.

The letter of 18th December 2020 can be read below, along with the Unreasonable Behaviour Policy (External), or in the original blog entry

Hereford-Council-Threatening-Letter 18.12.20_Redacted
The Unreasonable Behaviour Policy (External)
Unreasonable Behaviour Policy (external)
As a side note, Herefordshire Council have maintained these punitive restrictions since November 2017 and have provided no support or communications, other than deceitful, vexatious or threatening ones since March 2020.
March 2, 2021March 2, 2021 whileincare

I start with the short parts of phone call conversations I had with Priory Group carers.
I believe, having met them both, MH was later bullied out of his job by Priory Group and LA staff. However, the same didn’t happen to RO, who I later discovered lied about at least one other incident.
In both recordings, you will hear admittance the fluid restriction did not last two weeks as declared in some records, but far longer. Months, as I repeatedly stressed and reported, attempting to help my brother’s situation when I was able to see him.

Below are some of the conflicting records regarding the fluid restriction.
Evident the only person who kept accurate and truthful records was me.

The below is part of one of the Local Government Ombudsman’s investigator’s poorly investigated and disputed records, which was available on the LGO website.


below are two of many CQC records, which you will note state Herefordshire Council knew of the neglectful, inaccurately recorded fluid restriction and were also informed by the Speech and Language Therapy (SALT) team of such. Additionally they were aware that I had reported the none therapeutic use of medication to control behaviour yet the LA claimed concerns were unfounded.


In the below CQC record you will note it confirms safeguarding was aware of the concerns, and yet they disregarded evidence claiming the concerns I raised were unsubstantiated. Incidentally, a senior practitioner involved in the safeguarding investigation later deleted a particular file from the LA system and created inaccurate and untruthful content in DoLS records, which were never questioned by the Director of Adults and Wellbeing (Stephen Vickers) nor any other professional.


CQC record is not entirely accurate.
Paragraph 2.
I accepted the response regarding the role and powers of the CQC, however, I was not satisfied as claimed.
No mention of the other resident about which I raised concerns, which Priory Group staff were later dishonest about, helping to conceal an incident.

Paragraph 4
Most concerning, claiming concerns were not substantiated. When all parties (The Priory Group, Herefordshire Council, CQC, Onside Advocacy & Worcestershire Council) knew of the evidence.

The above a little more detail of how Herefordshire Council and The Priory Group chose to conceal incidents and continue their campaign to destroy a family.